Hoffman to Nassau: Friday, Feb 15th
With an expected Cold Front and predicted high winds we left at 07:30 and high tailed it to Nassau to find protection. It began as an uncomfortable ride into high swells and short chop but settled down by noon. We arrived at the outer Harbor and “called in” to Nassau Harbor Control to ask for permission to “enter” Nassau Hrbr. It was a slow process but we were finally given permission to enter. As we were about to pass under the first Bridge we were following a 50 ft S/V and witnessed the top of their Mast hit the bottom of the Bridge !!!! They looked dumbfounded as the bow of their vessel was picked up and the stern nearly went underwater !!! We passed them as they were looking up at the top of their mast looking for damage! We arrived at Paradise Is Resort Marina, with S/V Nemo and S/V Hug. By the time we tying up it was a “rocking and rolling” late aft and evening due to passing large boats. Nina caught up with the team at TRC as she walked the dock. It was a treat to see many Leopard and Manta Rays up close in 4-5′ of water. At $2./ft the cold showers, no water in the swimming pool, closed restaurant and much construction going on did not endear us to this facility. We decIded early the next morning to leave and find a more accommodating Marina, but not before The Admiral put her negotiating skills to work and got our ( and 3 other boats) fee reduced to $1.50/ft. Nice going! We arrived and settled into Nassau Yacht Basin by noon. It was not our first choice for a marina but the reservation we had at Nassau Harbor Club could not be honored because boaters that had planned on leaving stayed on to hold for the storm. The harbor had filed up quickly as the cold front arrived sooner than originally predicted. NYB offered hot showers, fairly clean bathroom and laundry room facilities, a nice restaurant, and walking distance to stores and markets to reprovision, it worked for us! As the cold front came through it was great to be able to walk around town, but note to self, having a dock reservation doesn’t mean much when a front is coming it….get there early!!

We met up with S/V’s “My Pleasure”, “Bob Ra Ann” who we had met at River Dunes in NC and “Que Sera Sera” who we met in Brunswick. Lots of great Happy Hours, dinner at the Poop Deck and a BDay celebrations on “Hug” with champagne and delicious local Rum Cake!

An all day walk took us over the Bridge to Paradise Island, a tour of Atlantis Marina/Hotel with more Mega Yachts and the Cloister and Versailles Garden. Under the bridge that links to Paradise Island is an interesting sight and experience. It’s the hangout for local fishermen to sell conch and fish, stands selling fresh produce, and locals drinking and playing table slapping Domino’s. We didn’t venture to any of the food joints but Nina purchases produce (plantains, peppers, onions, limes, hot peppers, fresh thyme and ginger), and cleaned conch for to make her first ceviche..which was delicious!

In all, we spend 5 nights in Nassua. The days flew by with laundry, shopping, house cleaning and cooking filling our days. When it was time to move on we were in the company of many other boats departing. Next stop, Exumas! We had intended to head to Allen Cay but with so many others going in the same direction we decided to head to Norman Cay. 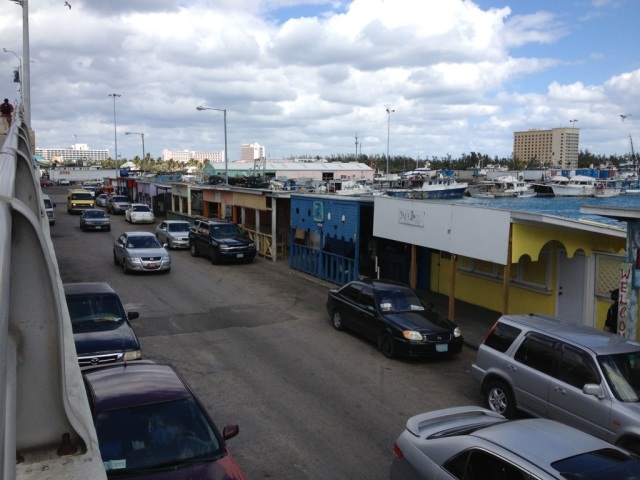 Life under the bridge. 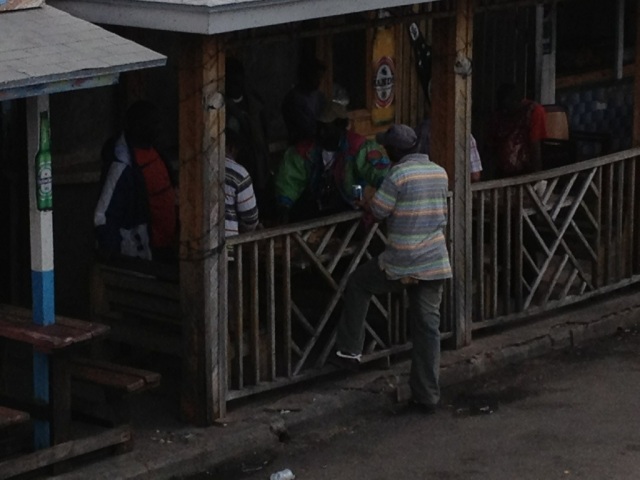 The local pastime is Domino’s 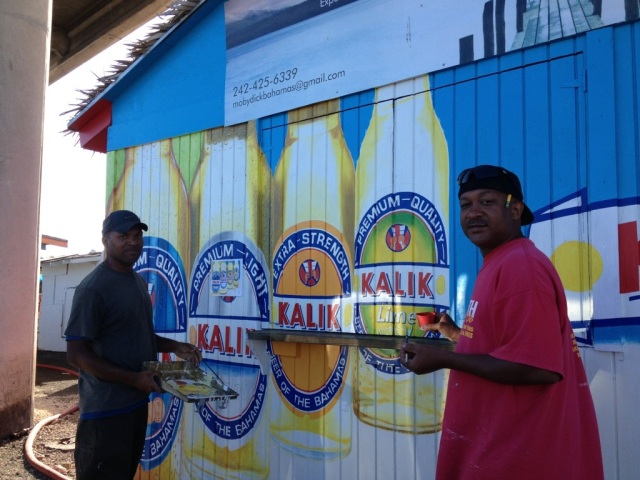 Kalik, the local beer. These guys did a nice job painting the banner. 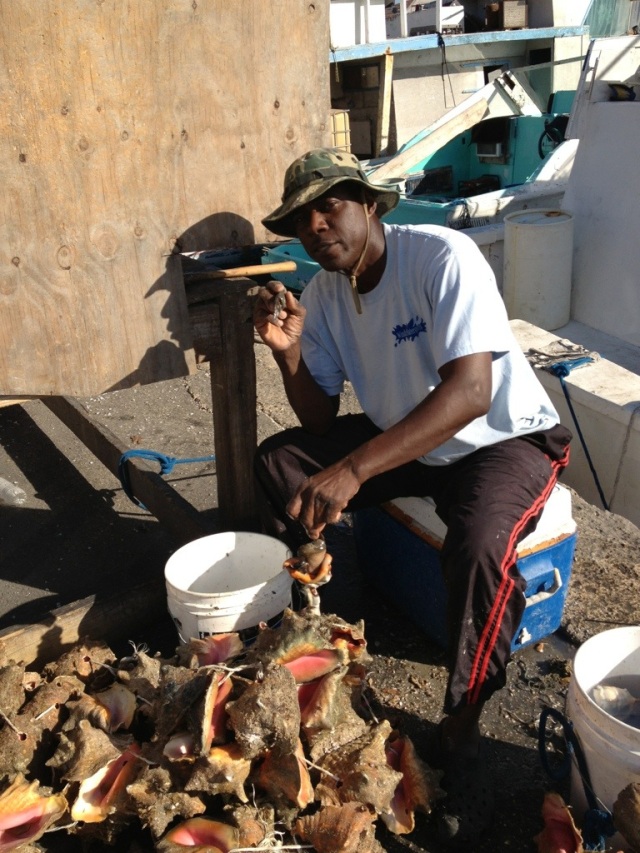 Panoramic view of the East entrance of the harbor from the top of the bridge.

The Lagoon at Atlantis. This was the only thing we could see with out a $125./day pass!

<br /The next few shots are of Versailles Gardens and The Cloisters, a beautiful spot for a wedding! 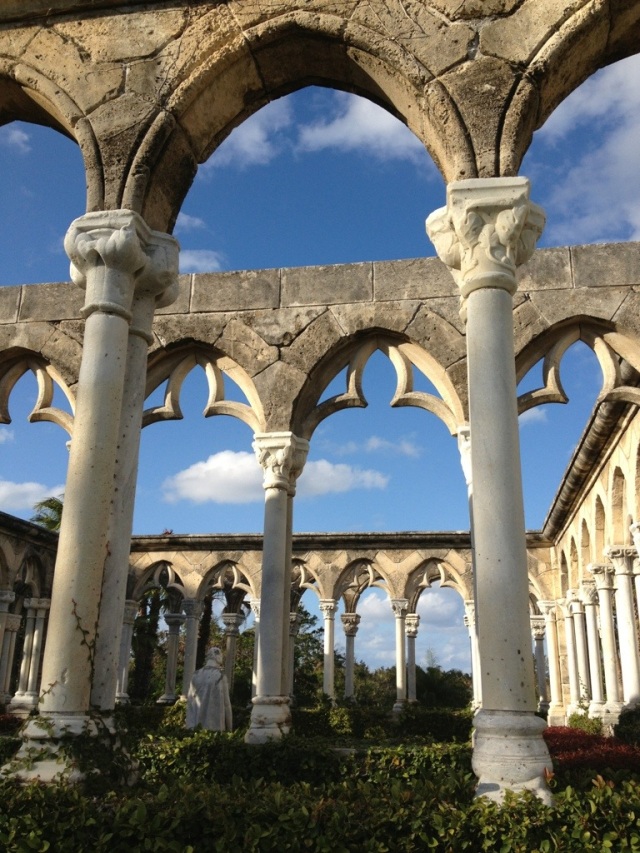