Posted on October 22, 2012 by ninarocksadrien

After a restful night it was time to play on land! The morning was cloudy with some showers that cleared up by noon and we were off to explore the area. On our way to shore we stopped to chat with Captain Paul on “Darkest Africa'” a 20 ft Flicka from Shaws Marina in Dighton, MA. He’s single handing his way to the Bahamas; but, earlier in June began a voyage to Africa to visit his Daughter in the Peace Corps. Strong storms forced him to turn back and select a safer destination. Can you imagine venturing to Africa on a most seaworthy 20′ vessel? Being from Shaw’s Marina, he knew “Imagine” and several other of our boating friends. Such a small world !!!

Once ashore we explored the streets of Chesapeake City with charming 18th and 19th century homes and shops. The waterfront park offered great views of the Canal and at the dock we met Linda, Grinnell and their daughter Hanna on their beautiful sv “Thistle” from ME. As this was also their first journey south, we had instant rapport and invited them to join us later for dinner and to share stories.

We continued our walk around the cove to the Canal Museum and learned about the evolution of the canal and toured the original steam engines that powered the water wheel to control the locks. The wheel they used in the late 1800’s moved 12,000 gallons a minute! As we were leaving Adrien asked a fellow going into the canal control building if we could get a tour of the control room. Interestingly he was just returning from Cape Cod Canal where he spent the week inspecting the Borne Bridge. He introduced us to the Controller, Joe, who showed us around him desk adorned with more than 10 camera screens with various views of the canal. It looked much like an air traffic control desk. He explained the different systems he uses to track activity and communicate with vessels transiting the canal. Sadly traffic has declined due to the economy and the ever growing size of the cargo & container vessels, now too big to use the canal. They had a diagram of the new cargo carriers that showed the various parts of the vessels. We learned that they offer swimming pools, jacuzzis, movie rooms, libraries, restaurants, etc to the crews…they travel in comfort!!

Then back to the dink by way of the Chesapeake Inn for Happy Hour where we met Andy the Harbor Master, Chip and Penny from the local marina, and a famous Captain that many of us know and love! We had a delightful dinner on the dock and charted a course to leave for the Sassafras River in the AM with “Thistle” joining us!

I have to say that no matter where we go and who we’ve met, everyone has been so enjoyable to talk with! Strangers willingness to share tips on favorite spots, safe anchorages and personal experiences, have made this such a pleasurable experience. I could never have imagined what an incredible feeling this gives us…and it’s only just begun! N 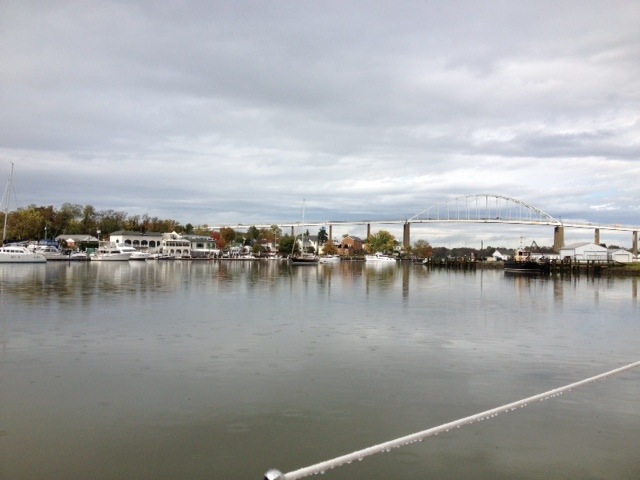 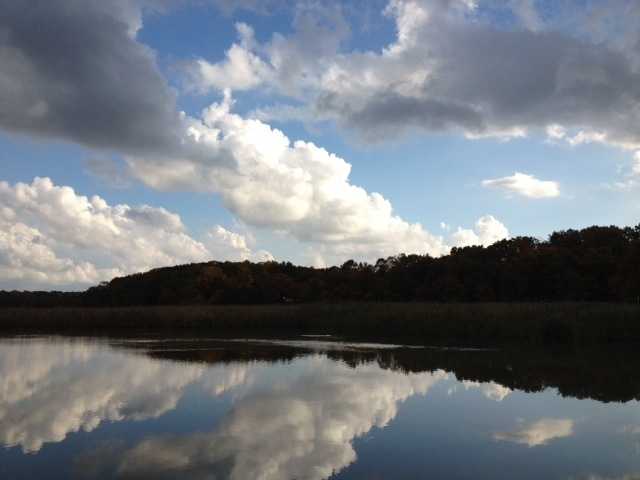