An 8 mile sail, still further south, brought us to Blackpoint, a wide mouthed west facing bight with lots of anchorage on Big Guana Cay. A settlement of not more than 200 people, it’s know as a very friendly and welcoming place.

Upon or arrival a message was broadcasted on the VHF about a Town Fair/ Fund Raiser to benefit the Elementary School. The locals were offering a $10pp barbecue lunch. What a better way to show our support and meet people. We hurriedly launched the Dink and departed Dolphin to make sure we got there before the food ran out. (While on Staniel Cay just the afternoon before we stopped in a few road side restaurants thinking we could grab a burger but we learned that they serve one dish each day from about 11:45 to 12:30 when they run out! We didn’t want that to happen again!) We arrived in plenty of time and were served a delicious lunch of with a choice of Ribs, Chicken or Fried Fish and all sorts of side dishes, ie. brown rice, slaw, potato salad, and a Bahamian favorite Mac ‘n cheese !

With bellies full we were off walking and exploring the Island. We stopping at Garden of Eden for tomatoes, cabbage and a few green tomatoes locally grown. A few steps further down the road we were invited by an owners 4 yr old Grandson, Valentino Rolle, to wonder thru a sculptured garden filled with articulately displayed driftwood. He proudly told us (mimicking phrases he’d apparently heard from his Grandfather, the artist), what each twisted gray shape represented and challenged us to see it! He was adorable with big eyes, long lashes and an animated adult vocabulary!

We learned there is no industry or commerce here, and no gas, or deisel. Not good, we were low on gas for the outboard motor! There is free water at a street-side tap and free Wi-fi . I don’t think I mentioned that at Wardwick Wells, Wi-fi via satellites sets cruisers back by $10 per 100mb. Now you know why we have not been posting til now!

It took no time at all to meet the locals!

-Lilly runs the “supermarket” and gets deliveries from Nassau 3 out of 4 weeks every month. Nothing is priced in the store, she just added it up in her head when she checks you out. She’s open every day til 7pm except Sunday, but she comes and goes and you might wait an hour or two till you see her to check out! It’s Bahamas time, Mon!! But no worries you just go across the street and get a drink while you wait!
– Ida runs the best coin operated laundromat since we left the states,($7/load to wash and dry) and she also cuts hair, $10 for men, $12 for women. Adrien was saved once again from doing my roots, Ida could do them!! You need to see her to buy tokens to run the machines; sometimes you do, sometimes you don’t! Again Bahama’s time!
-Lorraine and her daughters run one of 3 restaurants in the settlement and the Internet cafe where she accepts donations to keep the electronics running. We’ve enjoyed her delicious buffet dinner similar to the Fund Raiser Dinner, and a few cheese burgers while working on the blog. She also makes and sells delicious loaves of bread with her Mom. We’ve been enjoying her Coconut Bread, Guava Bread and Cinnamon Raisin Bread….delicious for toast and French toast!
-Zivargo runs Scorpio’s Inn that offers cruisers 2 for 1 Happy Hour with delicious & strong rum punch and the best Mango Daiquiri’s I’ve ever enjoyed….thick like sorbet!
-DeShammon’s serves full dinners and good pizza! Discovered last night that her Rum Punch’s is pretty good too! Diane also works in the government office on the dock during the week.

Once again we intended to stay only two days and then transit the 50+ miles south through Doltham Cut to Georgetown on the SE end of the Exumas. But winds were not cooperating with our plan! A new front was coming thru so we stayed put. We continued to use each day to explore, do chores and get caught up on the blog. We’d been on the lookout for the catamaran, “Great Catsby” at the recommendation of “Sanity Check”, their long time cruising friends. We did see them as we were coming or they were going, but only connected via radio. Delaying our departure allowed us to meet up with this delightful couple, Carol and Rich. We were invited to a delicious shrimp and pasta dinner on board their beautiful cat! We all so met in town on the next stormy day to play cards at Lorraines while sipping in still more rum punch, learning a new game “Hand and Foot” which we’ve played several times since. We’ve also been passing time with other card games, Domino’s and Matinees and After Dinner movies on Dolphin and Que Sera Sera. There are still just not enough hours in the day to enjoy all the options! We were pleased to see Day Light Saving Time so we could enjoy the extra hour before sunset!

The night before we left the Bight Nina talked with a local fisherman that landed several Grouper. He sold us a 4+lb fillet that we barbecued on “River Rat” with a rosemary, garlic and OVO marinade with S&P….it melted in our mouth! And with 6 of us enjoying it we still had half the filet left. We made great fish tacos for all the next day for lunch with flour tortilla’s, red cabbage, chipotle mayo sauce and tomato,green pepper and fresh pineapple salsa! Yet another delicious meal!

The next day as the weather passed we traveled further south along the west side of Big Guana Cay to Whites Point, Hetty land and Little Bay for the promise of more beach exploration, coral head and cave snorkeling and fishing. “River Rat” joined us. The guys were really getting into spear fishing, and perfecting their techniques while the girls were adding to their sea shell and sea glass collections!

The first day at White Point was a windfall for all! The guys speared the first lobster, 5 Lion fish (dangerous to touch but delicious white meat), and a few more Squirrel Fish. Adrien caught a huge, and judging by it’s size, old crab! The ladies scored with hundreds of Sand Dollars in ankle deep water! (Not sure what we’ll do with them!) We collectively prepared for a seafood buffet on “River Rat”. To start our feast Adrien opened the dozen oysters and half the quahogs he’d carried and nursed all the way from West Island!Carl made a zesty cocktail sauce. We weren’t sure what to expect after they had been transported through so many different waters down the coast, but they were delicious and enjoyed by all! All the fish was cooked on the grill and the shellfish steamed in beer and Old Bay! We smacked our lips and licked our fingers digging into another delicious seafood dinner!

“River Rat” parted to head north to pick up guests so we are now back to buddy boating with “Que Sera Sera”. Lauren and Brian a fun couple to be with; we are on a similar schedule to get back to New England in early June and, they laugh at Adrien’s jokes and even join in the punchlines. ” Now, isn’t that a coincidence!!! ” We’ve been discussing the trip to Georgetown,a s it has been both our plans to get there, but with time moving on and weather delays, we are thinking about starting north up the Exuma’s and spending more time exploring the stops we missed and leaving Georgetown and points even further south for our next trip, hopefully with a longer travel window. Heading north at this time will allow us to explore Cambridge, Compass and Shroud and Highbourne, before we jump to the Eleuthera’s and continue up to the Abaco’s.

That pretty much brings you up to date on where we are today. We’re not sure when or where we will be posting next so stay tuned!

In case there is any question in your mind about our adventure and what we hoped for….. It has truly exceeded our every expectation in every way! The people we have met, the places we’ve seen, the experiences…every day, even the 3 cloudy/rainy days , have exceeded our best expectations! while we miss everyone at home, each day is a new experience, and truly a gift! We are so happy we threw off the bow lines, sailed away from safe harbor, caught the trade winds in our sails and continue to Explore, Dream and Discover!!!!

(Note: The shots on this post are in no particular order, there were just too many to share and not enough time to easily organize and label each one. We hope you’ll find them self explanatory. We thought you might like to see more of the community and less of sunsets and beaches, though there are a few! Enjoy!) 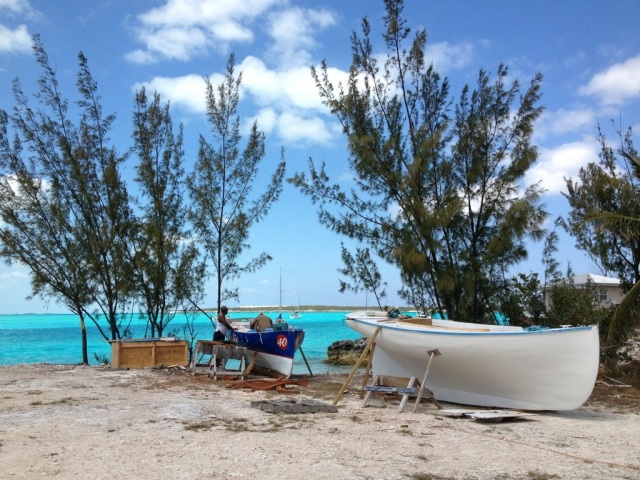 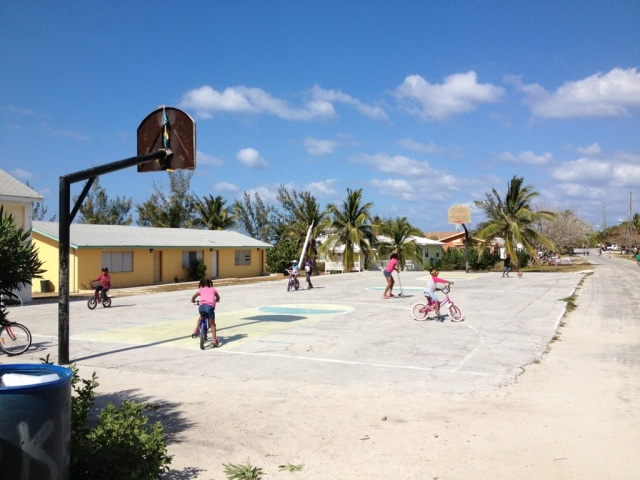 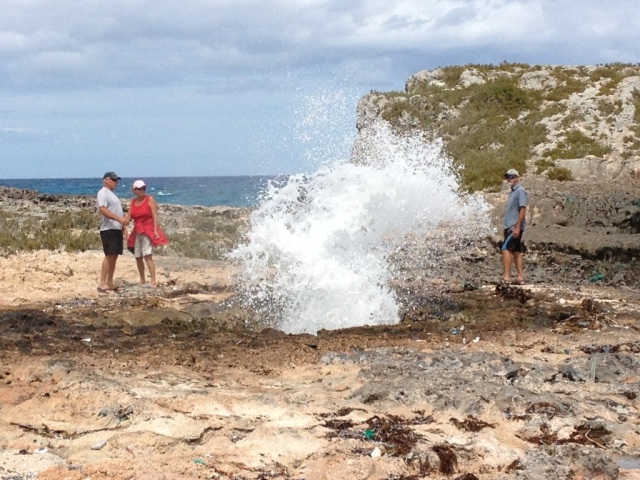 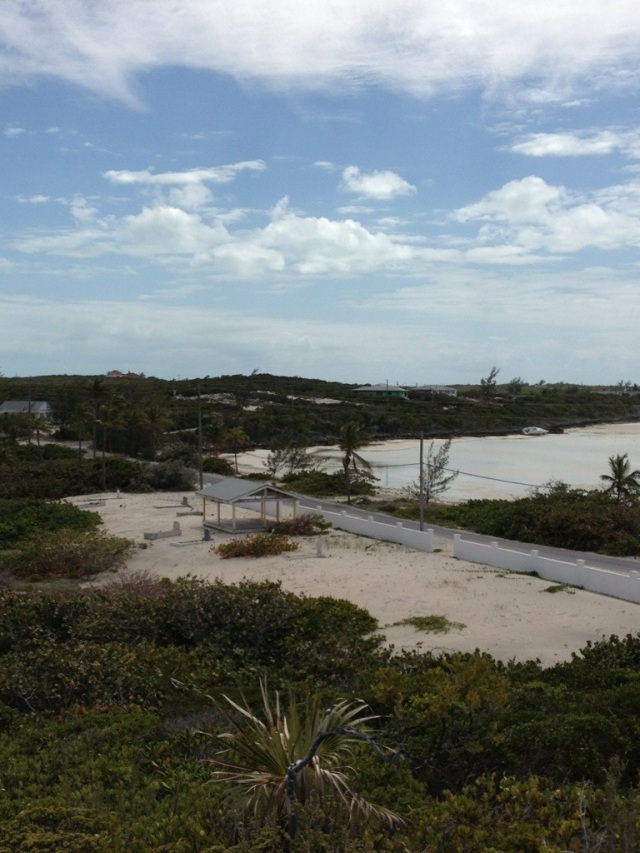 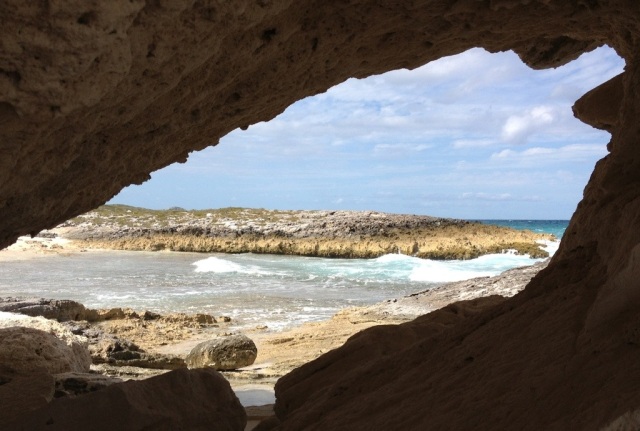 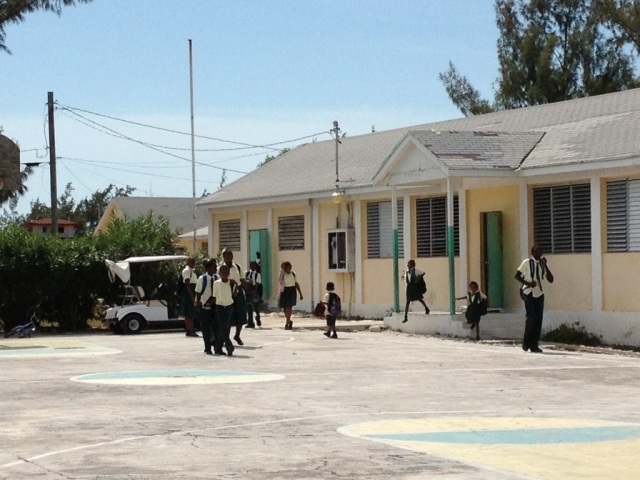 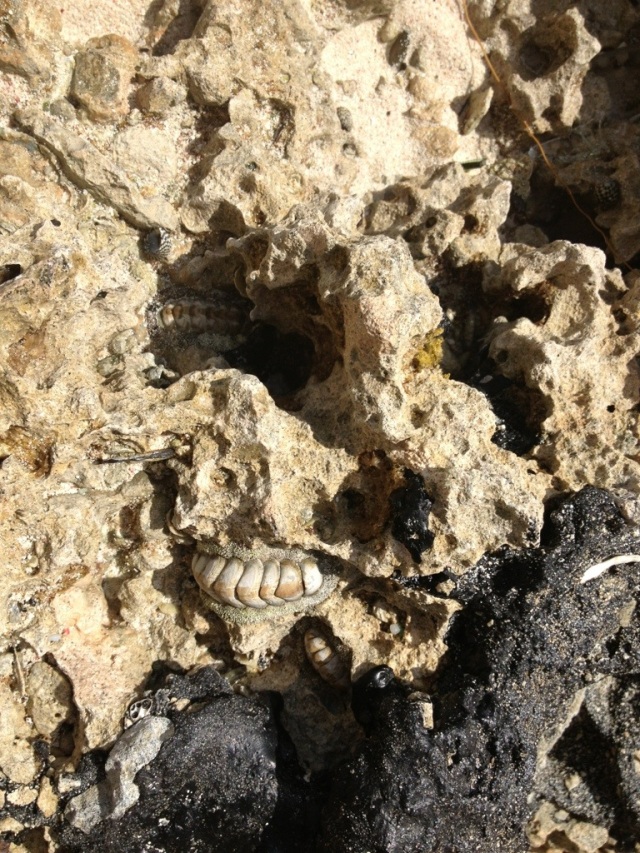 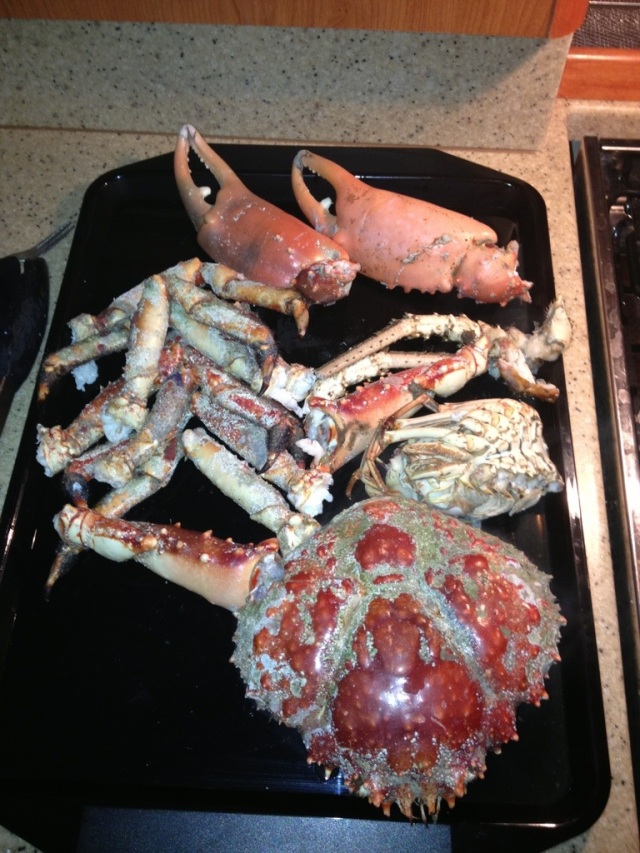 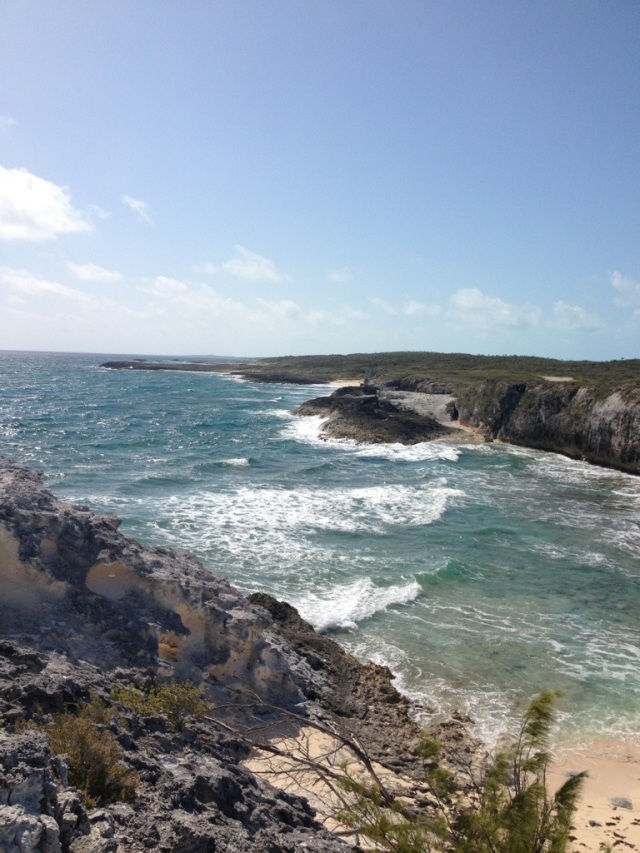 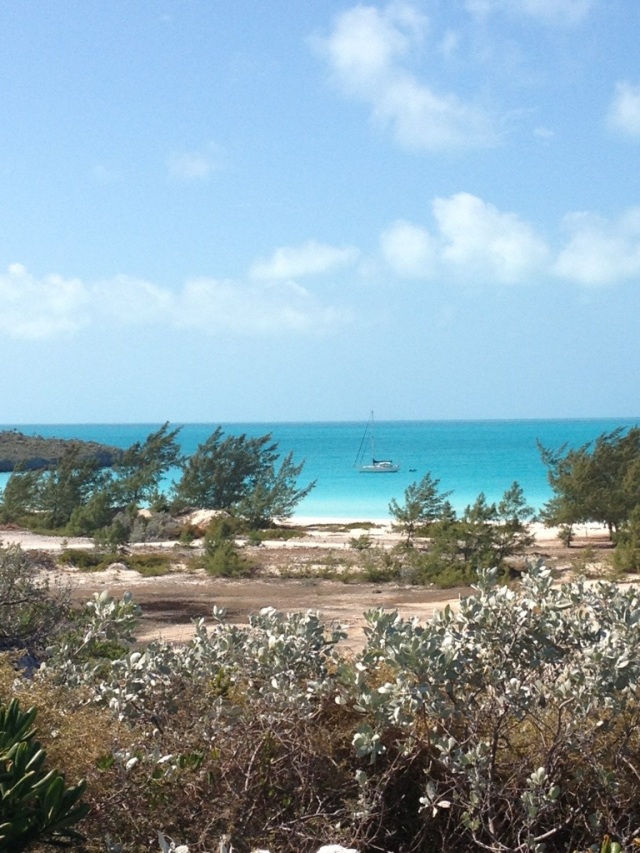 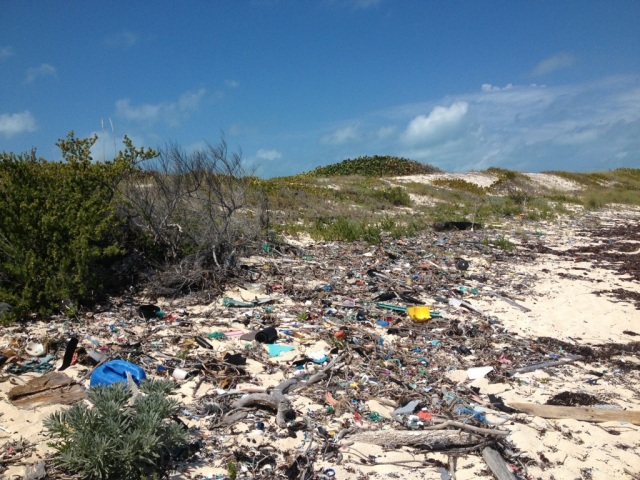 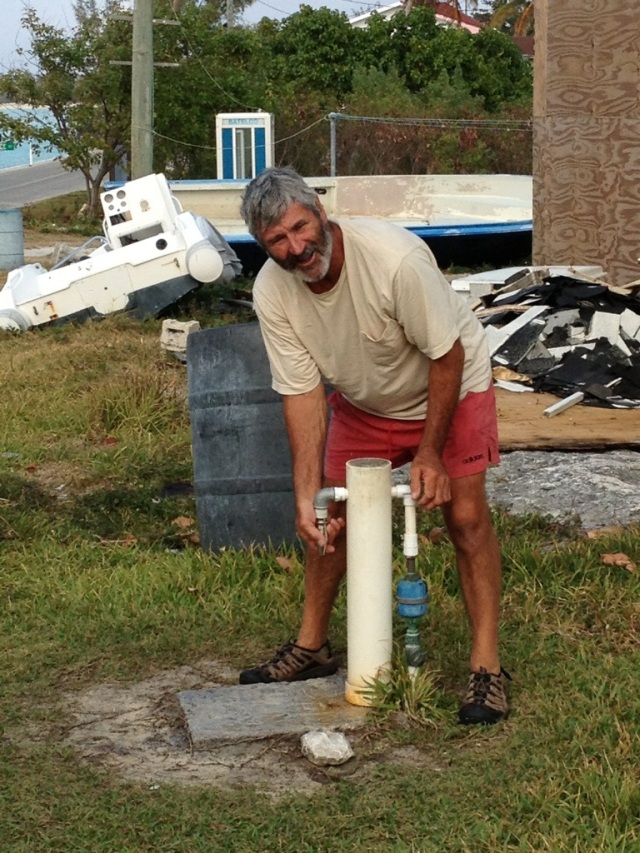